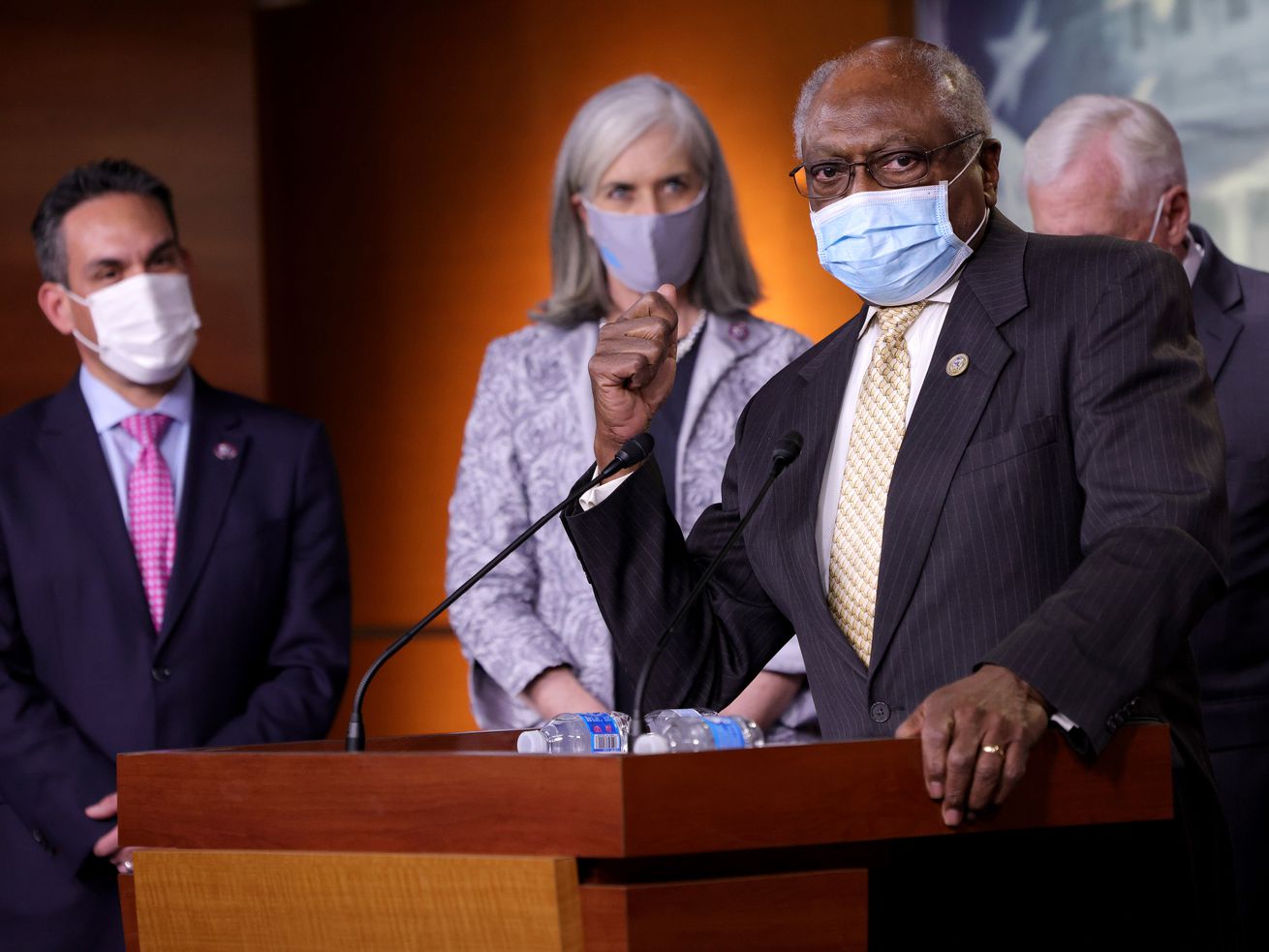 The bill would extend the waiting period for a background check to be returned — if the Senate is interested in adopting it.

The House of Representatives once again passed a bill closing the “Charleston loophole” — the gap in federal law that allowed a white supremacist to purchase the gun he used in the 2015 mass shooting at a Charleston, South Carolina, church without completing a background check. The bill will now head to the Senate, where it faces long odds to get to 60 votes.

The bill is part of a cadre of legislation Democrats are passing before April 1 under the “McGovern rule”, which allows bills introduced before that date to skip the markup process if they passed the previous Congress. Gun control is an important part of that push, with Democrats also moving to pass universal background checks, close the “boyfriend loophole,” and reauthorize the Violence Against Women Act.

As Vox’s German Lopez explained, current federal law dictates that “people who buy a gun from a licensed dealer have to go through a background check” — with a key exception. The Charleston loophole allows firearm sellers to complete the sale if a background check has not come back within three days.

Under the legislation, reintroduced by Rep. Jim Clyburn (D-SC) last week, the FBI will have 10 days to complete a background check.

Clyburn, the Democratic House whip and a close ally of President Joe Biden, said in a press release that had the FBI had sufficient time to complete a background check on Dylann Roof, the white supremacist Charleston shooter, his firearm purchase would have been denied. Over 75,000 guns have been purchased through the Charleston loophole since 1998, according to Clyburn.

“Enacting common-sense gun control measures is a priority for President Biden and this Democratic Congress, and this legislation is a good first step,” Clyburn said. “A large majority of Americans, including gun owners, support universal background checks.”

Notable gun control groups, including Everytown for Gun Safety, Giffords, and the Brady Center to Prevent Gun Violence, have endorsed the legislation. Everytown named closing the Charleston loop as one of their top priorities for the current Congress, and Biden pledged his support for the legislation, including campaigning on the issue.

The bill previously passed the House in 2019, with the support of all but seven Democrats. Three Republicans supported the bill in 2019. Just two Republicans voted for the bill this time around — the third, former Rep. Peter King, is no longer in Congress — and two Democrats voted against it.

In 2019, then-Majority Leader Mitch McConnell did take up the bill in the Senate. With the upper chamber now in Democratic control, the legislation will have the chance to receive a vote. But the lack of Republican support in the House makes it unlikely that the bill’s sponsors will find 10 Republican senators to vote for it — the number needed to get to 60 votes and break a filibuster, if all 50 Democrats support the bill. And despite senators’ best efforts — some bipartisan — gun legislation has proved practically impossible over the last several years.

John Feinblatt, the president of Everytown, said he believes circumstances have changed to where passing the legislation is a possibility — and at the very least, Democrats now have the ability to force Republicans to go on record about their stance now that they control the chamber.

“The [National Rifle Association] is sidelined by bankruptcy,” he said. “So I think the moment is really screaming for action on gun safety.” (The NRA’s situation is a bit complicated — it isn’t broke, but is definitely on the ropes.)

“Six years ago, a glaring loophole in our background checks system allowed a white supremacist to walk into a church in Charleston and murder nine Black congregants,” Murphy said in a release. “It’s outrageous that a criminal could be able to buy a gun because his background check took longer than three days to process.”

What would closing the Charleston loophole do?

As Lopez reported in 2019, hundreds of thousands of background checks are not completed within the three-day period. That doesn’t mean all sellers go ahead and sell the weapon, but some do — and sometimes with disastrous consequences:

ThinkProgress, which obtained data from the FBI, found the FBI in 2018 failed to complete 276,000 background checks within the three-day window. That’s around 3 percent of background checks, out of the more than 8.2 million in 2018 — which is typical, based on data going back to 2014.

The loophole allowed a self-described white supremacist to obtain the gun he used to kill nine people at a predominantly black church in Charleston, South Carolina, in 2015. He had admitted to drug possession prior to the gun purchase, which should have prohibited him from buying a gun — but the FBI couldn’t complete his background check in time, and the seller allowed him to buy a gun anyway.

Under Clyburn’s bill, if the background check is not completed within 10 business days, sellers can request an escalated review.

Everytown’s analysis of FBI data found that a background check that takes more than three days is four times more likely to result in a negative result, once completed. In last March alone, when gun sales went through the roof at the onset of the pandemic, Everytown found at least 523 firearms were sold to prohibited buyers.

Cassandra Crifasi, the deputy director of the Johns Hopkins Center for Gun Policy and Research, said while guns acquired from the Charleston loophole can be difficult to tease out for data, research shows promising signs in the 19 states, plus Washington, DC, that have passed legislation extending the background check waiting period. In those states, Crifasi said closing the Charleston loophole has proven “effective” at reducing some gun deaths.

Critics of the proposal argue closing the loophole would impose undue delays on law-abiding citizens. South Carolina Republicans have justified voting against it by saying the measure would not have prevented the Charleston massacre, instead chalking Roof’s purchase up to a clerical error in police data.

Ultimately, background checks can enforce existing laws about gun ownership, but “that all goes out the window when you let someone purchase a gun before the background check is complete,” Crifasi said.

Gun control bills have proven notoriously difficult to pass in the Senate, and the Charleston loophole bill will likely be no different. The NRA, predictably, is against the legislation, saying it would create purchase delays.

A spokesperson for Sen. Blumenthal said passing gun control legislation, including extending background check waiting periods, would be one of the Connecticut senator’s top priorities, but acknowledged the difficulties the bill will likely face in the Senate.

“Of course, the real key is getting a Republican on board,” Blumenthal’s spokesperson told Vox in a statement. “So, we’re continuing to talk to our colleagues and work with stakeholders to build grassroots support.”

Given the lack of sufficient support expected in the Senate, Everytown is asking the Biden administration to extend background check waiting periods through executive action, by requiring dealers to notify the Department of Justice of any sales approaching the deadline so that they can prioritize those background checks and ensure they are not deleted if uncompleted within three days.

If Biden decides to let the bill play out in Congress, then efforts to close the Charleston loophole will likely go the way of every major gun control bill in the last 20 years — failing to pass in the Senate.