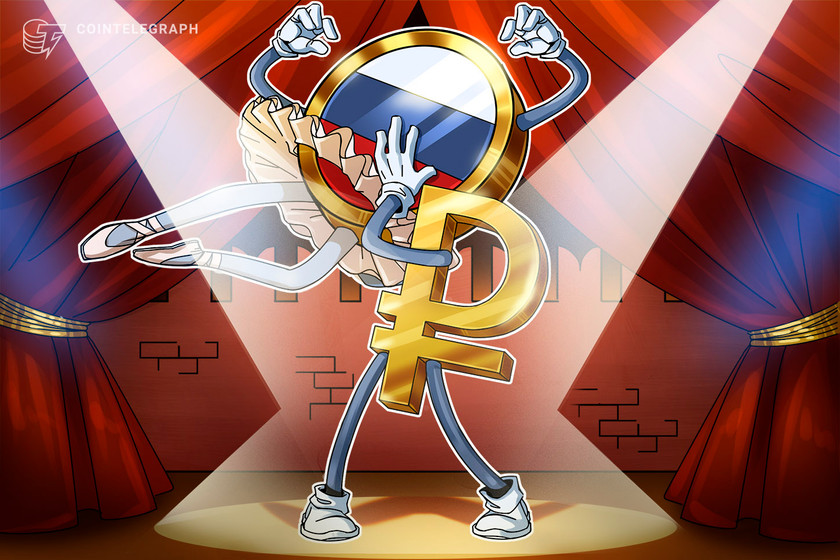 The Bank of Russia hopes to complete a prototype platform for a digital ruble by the end of 2021.

The central bank of Russia is expecting to start pilots for its central bank digital currency in 2022, a senior executive reportedly claimed.

Bank of Russia deputy governor Alexey Zabotkin said that the bank is planning to complete a prototype digital ruble by the end of 2021, local news agency Prime reports Wednesday.

Zabotkin stated that the prototype will not support “real transactions” but would rather serve as a starting point to build the ecosystem on. “Based on this prototype, including refinement, we will start rolling out trial rounds next year,” Zabotkin stated.

As previously reported, the Bank of Russia officially announced its CBDC plans in late 2020, issuing a consultation paper on the development of a digital ruble last October. In January, the Association of Russian Banks released their feedback on the project, warning that all proposed models by the Bank of Russia could contain a number of risks associated with cybersecurity and fraud.

In late February, the Bank of Russia’s first deputy governor Olga Skorobogatova reportedly announced that the bank is planning to develop a concept on the chosen model of the digital ruble. She said that the bank has not ruled out the possiblity of taking fees for transfers between digital ruble wallets.

Source: Bank of Russia to start digital ruble trials in 2022